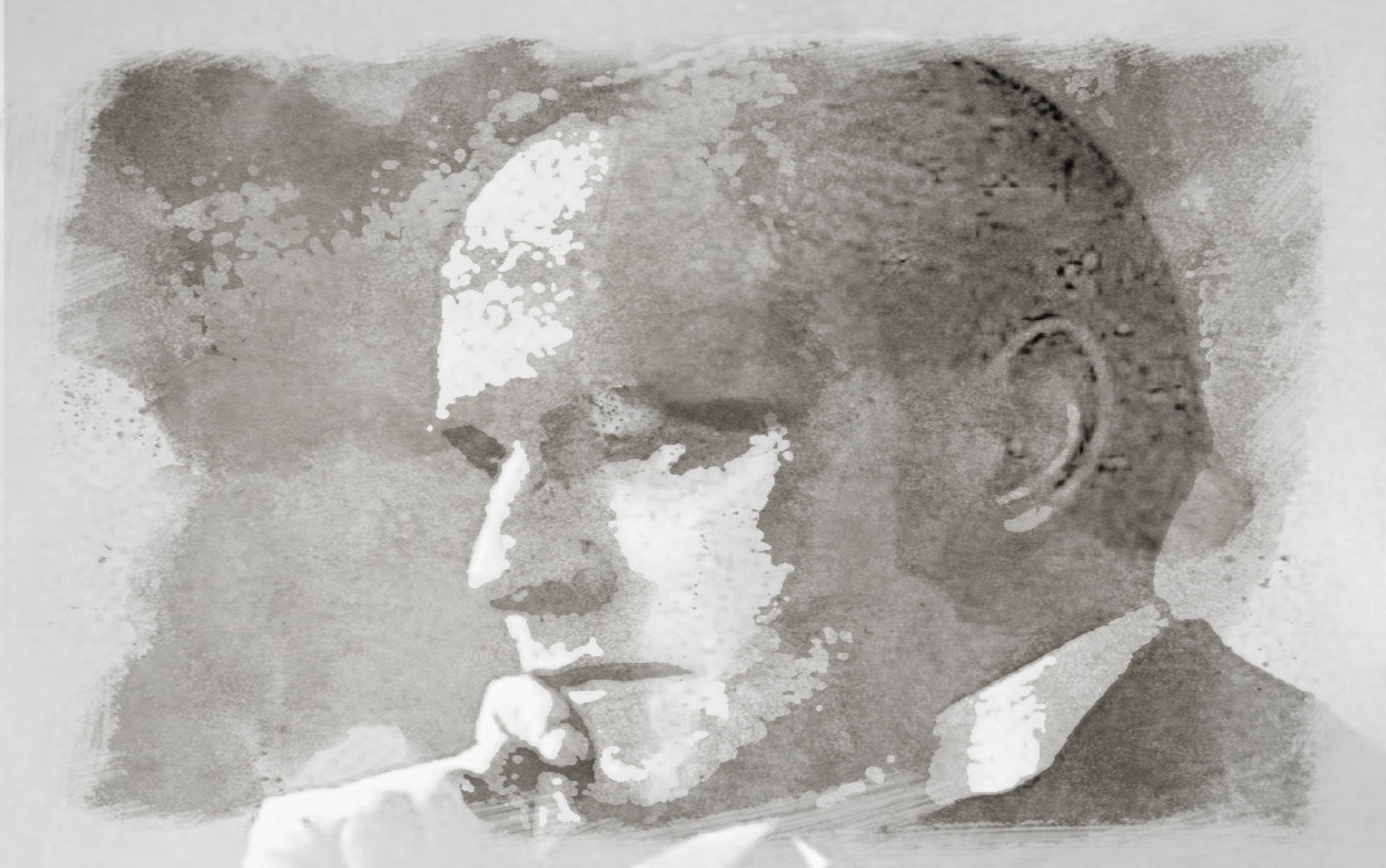 As a playwright, John Galsworthy never follows the tradition of exploring ‘larger than life’ heroes. He is among those few playwrights who invents a dramatic sense of realism in his plays. His naturalism in depicting the moral earnestness of human life establishes him as a born playwright.

Galsworthy’s famous plays like Strife, Loyalties, and Justice portray the ongoing sores in society. His achievement as a playwright lies in gathering a normal plot that relates to a common man’s life with a touch of realism and morality. He always prefers the involvement of normal women and men to depict the characters in his plays.

Apart from being a moralist, John Galsworthy also appears as a potential artist to draw the sores and agony prevailing in society. His honest consciousness in serving a social purpose even makes him one scrupulous artist. In a word, the traits of naturalistic artistry and the ability of social reformation can be found “rolled into one” in Galsworthy.

John Galsworthy is perhaps one of the finest in his class

There is no denying that even in the current century, Galsworthy is one of the finest dramatists among his class. As a dramatist, his true potential lies in knitting the plot, character, and situation closely in his dramas. Everything appears in a harmonious blending.

According to Galsworthy’s opinion, a drama needs to be shaped in such a way so that it must have “a spire of meaning”. Also, every grouping of characters and life possesses its inherent morals, and it is the responsibility of the dramatist to unveil those morals poignantly to the daylight.

It is, no doubt, true that the presence of a good theme is essential to have a good play. In addition to this, every dialogue and each happening needs to make some relevant contribution to garner meaningful development of that existing theme. And, Galsworthy has succeeded in acquiring this development. Plots in his plays are well-knit and well planned and suffer from no absurdity. His plots contain nothing superficial or incoherent.

Dramatic action is necessary for a play to enhance its effectiveness, and John Galsworthy’s plays Strife, Loyalties, and Justice also have that feature but differently. The famous playwright always chose the conflict of opposing ideals as the ingredient of the dramatic action. The saying “no conflict, no play” fits perfectly in his plays. For example, the famous play Justice unveils the conflict between law and humanity.

Another play Strife breathes a clash between capital and labor. Conflict is also visible in Loyalties, where people can witness the tension between different loyalties.

John Galsworthy, most of the time, tries to create the most effective dramatic potency. He does this by exploring dramatic-possibilities mainly from undramatic situations, and here lies his creativity.

Dramatic situations with diverse angles visible in his plays. Moreover, the dramatist never hesitates to create the most appealing moments using a prison, in the courtroom, or in a place where public meetings usually take place. These are the places that harbor the pathos of the tragedy in human life. And, from these dramatic situations, John Galsworthy rises as the representative to draw how the so-called social rulings don’t hesitate to enhance the agony of human life in the name of the law. It is, for sure, increases a theatrical excitement in the plays.

It is the inherent potential as a born dramatist that helps Galsworthy to pen ordinary people as the main characters of the plots. The playwright every time selects the natural day-to-day happenings in life to portray the characters in the drama. He never paves the way to depict characters like Hamlet, Cleopatra, or Macbeth. His preference goes for the commonplace and unheroic persons who are not rare and larger than life. They are the unheroic heroes. They are ordinary people possessing common thoughts and passion in their lives.

One can say that, as a playwright, John Galsworthy is a tradition breaker. His heroes don’t have the extraordinary potential to make a sudden change. They even don’t have extraordinary greatness, but they have a life as one common human being. They only get inspired by the ongoing forceful trend of human life. The truth is Galsworthy’s words indicate the dependency on the real social phenomenon by his characters.

It is undeniable that behind characterizing common men and women as heroes, there is a genuine sympathy in Galsworthy for them. However, he is not an out and out propagandist to challenge or defend any specific ideal or thought with provocation, although he is curious to bring his perspective. Any reader can understand that the famous dramatist has the craving to reveal every viewpoint dispassionately, be it a satire or tragedy.

In Strife, he draws a conflict between capital and labor, but never raises a slogan. It is the same in Loyalties and Justice.

A fair identification of either side is visible in all these plays. Frankly speaking, the dramatist only tries to establish his humanitarian vision. His sympathy for all castes and classes brings forth an impartial attitude towards life. He delivers an honest, impartial presentation of all confronting views or conflicts.

In some cases, he invisibly plays the role of a judge who dispassionately encapsulates every fact. He appraises every evidence and discloses each of them for providing an impartial judgment. His impartiality and emotional attachment with sympathy are, from the beginning, remain alive for both sides. It is a genuine humanitarian viewpoint that marks his vision about human life.

There remains a thin line of difference between impartiality and one absolutely neutral approach. And it leads contrary to some extent. Like a living being of flesh and blood, John Galsworthy also can’t act utterly neutral in his approach, and honestly, no artist can ever have that. An emotional current is always flowing under the impartial attachment even if there remains an indistinct approach.

Now, this emotional current raises sympathy, not visible in open eyes, and makes the artist and his artistry sympathetic towards a specific side. It is even true for Galsworthy. Plays like Strife and Justice reveal his affinity with a specific class and cause.

Galsworthy has uniquely expressed one bitter truth through his words in his plays. In His Play Justice, he indicates that any treatment with kindness can unchain so many helping hands, but any crude suppression can give birth to savageness. It is, no doubt, an unbiased, distinct criticism of the existing prison administration. That means, in open eyes, the famous playwright keeps the personal judgment silent, but some of his words in Strife and Justice show that it is difficult to remain neutral all the time, especially in the current social life, which has affray.

It is a proven truth that the presence of irony, sympathy, and sincerity alone can make a drama successful unless the dramatist possesses a powerful, productive style. It is that effective style, which molds a dramatist into a successful inventor of dramatic gifts. As a philanthropist, Galsworthy feels for humans, and as an artist, he expresses that feeling. There could be a lot more words to praise his cosmic, humanitarian observation.

John Galsworthy as a dramatic artist

No one can deny Galsworthy’s unique dramatic craftsmanship. His ability of plot construction, the potential of using perfect words in writing, promising craftsmanship in portraying the view, and the bold way to serve the purpose gives him an extra edge to stand out as one of the best playwrights for all time.

He proves that his conscience as a human is still alive even when he appears as a dramatist to entertain people. His active conscience never pales when analyzing the existing affray in society as a writer.

Some critics say that John Galsworthy, for sure, has the dramatic genius, but he can’t properly balance his dramatic artistry. They opine that this inadequacy turns some of his dramas into a melodrama. Some also add that the lack of humor can’t make a piece of writing a true gift.

However, people of the modern era may not support these views. Because they are more practical in their approach to human lives. Modern people are more active. They measure every step before looking for one step forward. And, Galsworthy has succeeded in calculating that measurement. He knows that people want to address real affray in their social life.

Fantasy may pacify their cravings for a limited period. But, in the long run, they always search for a solution to the existing burning problems. And, disparity and injustice are two main issues among them that give birth to fierce conflict between two classes, or different ideals. Galsworthy is successful in addressing these issues through his plays. His words display the bitter truth of human society in a silent, but concrete mood. And, as an invisible judge, he delivers the coveted verdict. He plays the roles of both a dramatist, a judge, and a common man. 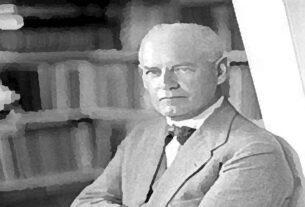 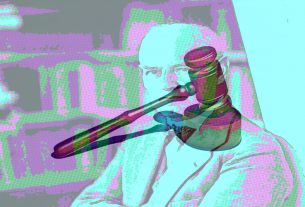